Too brief to worry

Here’s a few ruminative words (from this interesting book I’m reading) on the history of our existence.

To be here now, alive in the twenty-first century and smart enough to know it, you had to be the beneficiary of an extraordinary string of biological good fortune. Survival on Earth is a surprisingly tricky business. Of the billions and billions of species of living thing that have existed since the dawn of time, most—99.99 percent—are no longer around. Life on Earth, you see, is not only brief but dismayingly tenuous. It is a curious feature of our existence that we come from a planet that is very good at promoting life but even better at extinguishing it.

The average species on Earth lasts for only about four million years, so if you wish to be around for billions of years, you must be as fickle as the atoms that made you. At various periods over the last 3.8 billion years you have abhorred oxygen and then doted on it, grown fins and limbs and jaunty sails, laid eggs, flicked the air with a forked tongue, been sleek, been furry, lived underground, lived in trees, been as big as a deer and as small as a mouse, and a million things more. The tiniest deviation from any of these evolutionary shifts, and you might now be licking algae from cave walls or lolling walruslike on some stony shore or disgorging air through a blowhole in the top of your head before diving sixty feet for a mouthful of delicious sandworms.

Not only have you been lucky enough to be attached since time immemorial to a favored evolutionary line, but you have also been extremely—make that miraculously—fortunate in your personal ancestry. Consider the fact that for 3.8 billion years, a period of time older than the Earth’s mountains and rivers and oceans, every one of your forebears on both sides has been attractive enough to find a mate, healthy enough to reproduce, and sufficiently blessed by fate and circumstances to live long enough to do so. Not one of your pertinent ancestors was squashed, devoured, drowned, starved, stranded, stuck fast, untimely wounded, or otherwise deflected from its life’s quest of delivering a tiny charge of genetic material to the right partner at the right moment in order to perpetuate the only possible sequence of hereditary combinations that could result—eventually, astoundingly, and all too briefly—in you

The next time you worry, about anything, come back to these words. We’re merely dots on a planet, which itself is smaller than a dot, in the big picture. Our lifespan, averaging 75 years, is honestly infinitesimally small compared to most numbers you may find about our universe. 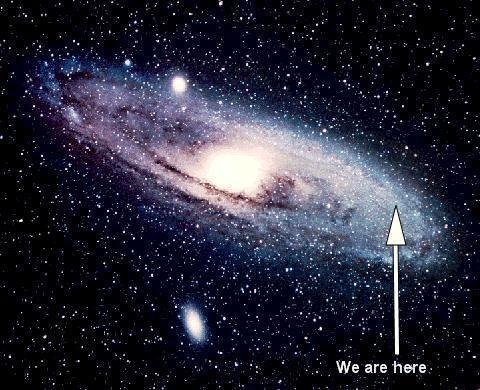 Do the work that makes you happy. Like when you were 3 year old. Life is too short to worry.

You should send me your comments on twitter here.

Enough with the self-doubt

Browsing through tweets in your Twitter timeline, you click around some intriguing things people shared. Those things include some wonderful creations – a product, a presentation, a blog article or some other cool thing somebody shipped.... Continue →